Most of us don’t pay mind to blizzards until we actually get struck by one. However, with the following blizzard facts, we’re going to prove that this wintertime phenomenon is just as fascinating and dreadful as any.

#1 What Makes A Blizzard

We know both the term blizzard and the term snowstorm, but is there anything that differentiates them? Yes, there are actually several conditions that a snowstorm must meet before you can classify one as a blizzard.

So, basically, you get copious amounts of snow blown into your face at high velocity and you can barely see anything ahead of you. It’s the kind of thing you REALLY don’t want to get mixed into.

Some people argue that whenever it’s snowing, that means the temperatures aren’t THAT low. This is partly true, unless it’s a blizzard we’re talking about. It wouldn’t be a faithful list about blizzard facts if we left out their deadly potential, after all. It’s pretty common for temperatures to drop below freezing level during a blizzard. As a result, people that get caught in the middle of this vicious snowstorm might end up suffering from frostbite or hypothermia. Many people have died because of these two conditions, resulted from the enhancing effect the snow and wind have on the cold.

However, a snowstorm doesn’t just develop into a blizzard at random. There are some weather conditions that must be met first. Typically, a blizzard appears when the jet stream pitches at an extreme southern angle. When the cold air that comes from the north clashes with the warm air that’s associated with the south, this gives birth to an unstable effect which triggers the fury of the blizzard.

These days, the fiercest of blizzards can shut down schools or other public institutions. In some instances, the government labels the worst of the worst as federal emergencies. The very first instance for this kind of situation was in 1977. A powerful blizzard affected upstate New York and Southern Ohio. Although the snow gains weren’t significant (only 12 inches in 5 days), it was the violent winds that really turned these two states upside down.

Ever wondered when people decided that blizzards warranted shutting down schools? Here’s one of the blizzard facts that might help you clear the fog over this mystery. In 1888, one of the worst blizzards of all time swept across the Great Plains. Whether its approach was known information or not is still unclear, but what’s certain is that the blizzard hit at a time when many children were still in their schoolhouses. In their attempts to return home, many of them lost their lives on the road back home. What would later be known as the Schoolhouse Blizzard took an approximate of 235 lives. 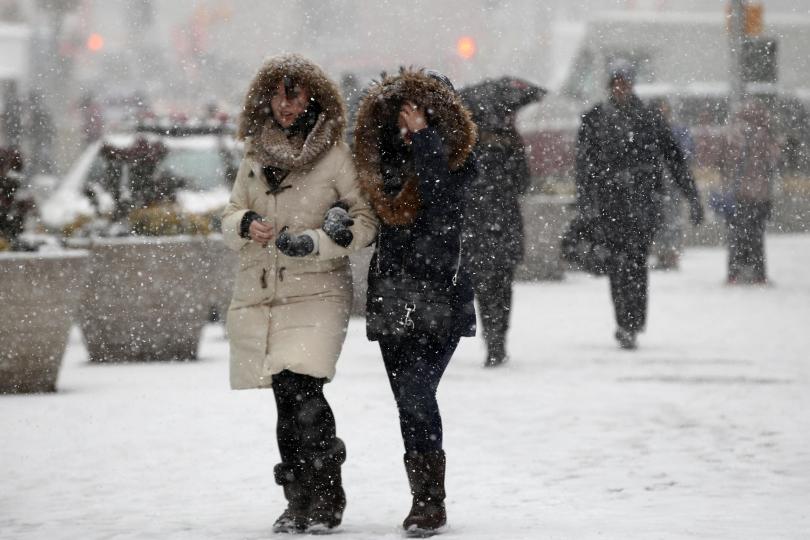 That wasn’t the only great blizzard of the year. Also in 1888, New York, New Jersey, Connecticut, and Massachusetts were the victims of the so-called Great Blizzard of 1888. All of these locations encountered a blizzard that covered them with over 50 inches of snow, which ended up paralyzing the normal functioning of society. People were trapped in their houses for as much as a week and thirty even died because of various reasons related to the blizzard.

#7 The Haven Of Blizzards

Blizzard facts show us that the majority of the ones that strike the USA tend to pile up around the East Coast area. This is because the East Coast is home to a type of storms called Nor’easters. The storms gather moisture from the Atlantic, something that results in a considerable quantity of snow. Nor’easters swipe all across the coast, from Maine to Delaware, and they generate blizzards that typically last between 12 and 24 whole hours. For the Nor’easter-type blizzards, experts measure the snow quantity in feet as opposed to inches (there’s just that much snow!)

As if blizzards aren’t bad enough while they’re happening, the aftermaths are just as unpleasant. If it snowed prior to a blizzard, it can become a thousand times worse due to something called a whiteout. Whiteouts are instances when strong winds start hurling fallen snow everywhere.

After three days and three nights of whipping winds, cold temperatures, and vicious snowstorms, the terror continues. When big quantities of snow drop, blizzard facts take us to another phenomenon: snowdrifts. They’re the huge mountains of snow that incapacitate us greatly. From steering the car out of the parking lot to getting out of the house for grocery shopping, navigating the streets is instantly tougher.

The biggest danger in a blizzard is frostbite. Because of the combination of low temperatures and strong winds, the weather outside can feel even up to 28 degrees colder than it actually is. When in these dire conditions, it only takes approximately 30 minutes before frostbite settles it, endangering your life.

To avoid this as much as possible while you’re stuck outdoors during a blizzard, follow some tips. First, make sure you’re hydrated and properly nourished. If you have no other source of heat, make a fire. Keep your clothes dry and don’t eat snow at any costs.

Having supplies and first aid kits is necessary for any possible unpleasant outcome, blizzards included. If traveling by car during a blizzard or if you get caught while you’re driving, it’s best for you to have a first aid near. You can look up on Google or talk to an expert about the necessities of that kit. Moreover, keep an eye on the weather forecasts. When they issue ‘winter storm warnings,’ it means that a blizzard is heading your way. This may cut off your electricity supplies, including water and heating too. So, make sure you have blankets, canned foods, and flashlights ready.

After all these blizzard facts, it’s clearer than ever that these winter storms are nothing you should mess with. They’ve done great damage in the past and no technological advancement could stop them from continuing to do so in the present.