On February 1, 2003, the Space Shuttle Columbia broke apart as it was reentering the Earth’s atmosphere, instantly killing all seven crew members on board. The Columbia shuttle disaster was one of the darkest days in the history of NASA. It forced the organization to undertake fundamental changes to its space shuttle missions in an effort to prevent another such disaster from occurring. As it turned out, NASA engineers were already fully aware of the problem that led to the Columbia shuttle disaster. This makes the loss of life all the more tragic. 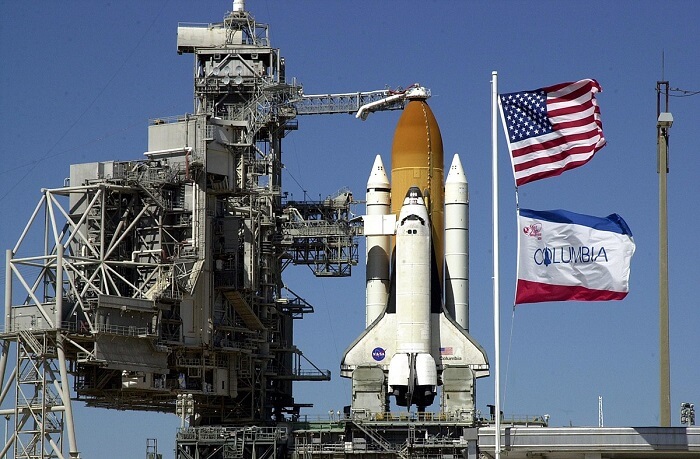 The seven-member crew of Space Shuttle Columbia left Earth on Jan. 16, 2003, and it was to be the last time any of them set foot on the planet. The crew were taking part in mission STS-107. This was Columbia’s 28th mission and NASA’s 113th space shuttle launch overall. Mission STS-107 was originally set to launch on Jan. 11, 2001. However, the launch was delayed 18 different times due to various issues. Compared to previous NASA missions, STS-107 was unique in that it was solely focused on scientific research. This was at a time when almost all of the agency’s efforts were directed towards the construction of the International Space Station.

On the morning of Jan. 16, Columbia’s crew boarded the shuttle at Florida’s Kennedy Space Center and began their preparations for launch. The initial launch went smoothly. However, disaster struck approximately 82 seconds after the shuttle left the ground. This is when a large piece of foam insulation broke off from Columbia’s external fuel tank and smashed into the reinforced panels on the shuttle’s left wing.

At the time that the foam struck the orbiter, Columbia was at an altitude of around 66,000 feet above sea level or 12.5 miles. It was traveling at a speed of over 1,600 miles an hour. Later investigations and testing done after the Columbia shuttle disaster showed that the piece of foam likely created a six- to 10-inch hole in the shuttle’s wing. It was this hole that eventually spelled disaster for Columbia and her crew.

Footage from the launch directly showed the piece of foam insulation breaking loose from the external tank and striking the shuttle’s wing. This footage was taken from the ET Cam. The camera had been specially mounted to Columbia’s external tank during the launch to allow NASA engineers to get to the bottom of what they termed the ‘foam shedding’ problem. The foam shedding problem had previously been seen on four different launches. Unfortunately, NASA engineers apparently didn’t view it as a major problem; all four of the other missions were completed successfully.

NASA had known about the foam shedding problem for years. The fact that Columbia was the first mission to use the ET Cam in an effort to better understand the foam shedding problem indicates that the agency was at least trying to do something about it. However, this didn’t stop the media and Congress from openly criticizing NASA following the Columbia shuttle disaster. 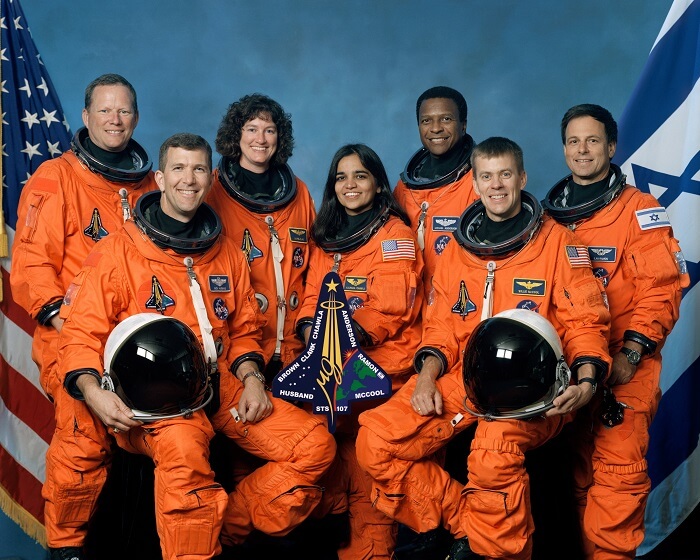 As their mission was purely scientific and research based, Columbia’s seven-member crew spent their 16 days in space. They were working 24-hours a day performing science experiments in two shifts. Throughout their mission, the team performed approximately 80 different experiments in fluid physics, life sciences, material sciences and other disciplines. The crew was made up of six Americans and one Israeli: commander Rick Husband, mission specialists David Brown, Laura Clark and Kalpana Chawla, payload commander Michael Anderson, and payload specialist Ilan Ramon from the Israeli Space Agency.

While Columbia’s crew were focused on their experiments, the NASA team back on Earth was frantically trying to investigate the damage from the foam strike. In previous launches, the foam shedding had only ever caused minor damage. However, there were a number of NASA engineers who suspected that Columbia had suffered much more serious damage than in past missions. Nonetheless, officials eventually decided to halt the investigation into the damage; they felt that there was no way that the crew would be able to repair the problem.

In deciding not to further investigate, NASA even turned down requests from its engineers to have the Department of Defense (DoD) examine the extent of the damage using its orbital spy cameras. Although there was no guarantee that this would be able to fully reveal the damage, NASA decided to ignore its engineers’ requests. The DoD was apparently fully willing to cooperate, but NASA officials actively intervened to stop the department from providing assistance.

After spending 16 days in space, Columbia and its crew were set to land at the Kennedy Space Center around 9:16 am on February 1, 2003. At 8:44 am, Columbia began its re-entry into Earth’s atmosphere. A few minutes later, those in the Mission Control Center began to get their first signs that something was wrong. First the controllers lost the temperature readings from the shuttle’s left wing. Then, the tire pressure readings from the orbiter’s left side disappeared soon after.

Mission Control contacted the shuttle to notify the crew of the issue. Commander Husband responded by saying ‘Roger,’ but his next word was cut off. This was the last anyone would hear from Columbia’s crew. At 9:11, when the shuttle should have been making its final approach to the Kennedy Space Center, someone in Mission Control received a phone call stating that a TV news station was showing video of the shuttle breaking apart. NASA responded by sending teams to search possible debris sites in Texas and Louisiana. Eventually, later in the day, they declared that the shuttle and crew had been lost.

Following an extensive investigation, it was eventually determined that the foam had created a large hole in the left wing. This hole allowed extremely hot atmospheric gases to penetrate the wing during re-entry. These gases destroyed the internal wing structure, which caused the shuttle to become unstable and eventually break up.

As a result of the Columbia shuttle disaster, NASA suspended all shuttle launches for more than two years. The agency also made several notable changes. These included performing a thorough post-launch inspection and keeping a rescue mission on standby in case any major damage was detected. As a result, the agency has so far been able to avoid other major incidents.