Earthquakes are some of the most disastrous forces on Earth, yet it is this very aspect that makes some of us fascinated by them. For those that share the same peculiar fascination, we’ve decided to share our picks for the most interesting facts about earthquakes. Before we get started, there’s one thing we all know for sure: we’d really prefer it if they occurred as scarcely as possible. 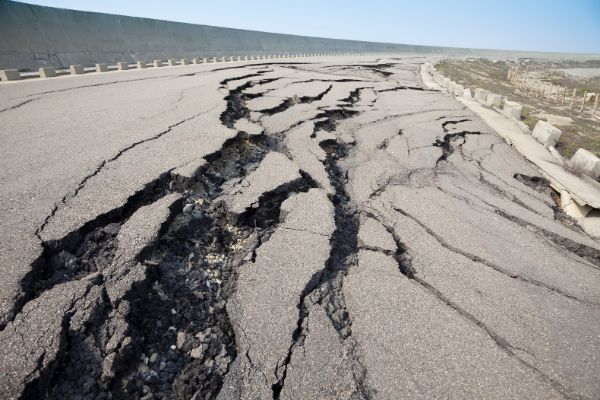 We weren’t saying that earthquakes are forces to be reckoned with lightly. They kill on a yearly basis approximately 8,000 people. In the past 4,000 years, more than 13 million people lost their lives because of earthquake activity.

It’s fairly easy to explain the phenomenon without referring any of the complicated scientific terms. So, if you’re looking for some great facts about earthquakes for kids too, then resort to the easiest one: explaining what an earthquake is. Long story short, an earthquake happens when there is intense rock movement in the Earth’s crust. The powerful motion releases some shock waves which then travel through the earth and shake us all up – literally.

Earthquakes can occur for other reasons as well. Volcanic eruptions or meteor strikes can also trigger movements in the crust. However, it comes as a given that these occurrences don’t happen that frequently, so the plate activity remains the number one reason.

Earthquakes may strike one place, but they can affect us on a global level. One of the best examples of that is a giant 8.8-magnitude earthquake which hit Chile On February 10, 2010. The disaster moved the entirety of the Conception city 10 feet to the west. Scientists also believe that as a result of the earthquake, days on Earth got shortened and the planet’s rotation changed slightly.

One of the most common facts about earthquakes is regarding the measurement methods. Experts use devices called seismometers to measure the magnitude of an earthquake. The higher on the Richter scale an earthquake is, the more powerful it is. There are some variations to these measurements, however, as you’ll see below.

The depth of an earthquake has a very important role to play in the impact it has on the surface. For example, a 6-rated earthquake with its epicenter 10 kilometers underneath the surface feels differently than one that’s 30 kilometers below. The closer to the surface it is, the more strongly you will feel its effects.

Unfortunately, many earthquakes are also joined by another type of disaster: tsunamis. Any are that’s located near an ocean is also predisposed to a tsunami aftermath. One particularly grave episode in recent memory was Sumatra, when the most damage was caused by the fury of a giant wave.

We have some facts about earthquakes to make you think a little bit too. Earthquakes don’t actually cause directly any damage. The lives lost during these cataclysms happen because of the collapsing of manmade constructions. Try to imagine what an earthquake would be like in the middle of a field as opposed to one in the heart of a city. Tsunamis, avalanches, and landslides are also the direct effects that make earthquakes so deadly.

One of the worst things about earthquakes has to be the fact that they’re not limited to a single occurrence. As we all know, we also get the aftershocks. Well, these aftershocks happen as a result of the displaced crust and fault line trying to adjust to the “shaken” positioning steering from the initial earthquake. Those episodes that are really big have aftershocks even years later.

We’ve mentioned before that tsunamis aren’t the only natural disasters that can follow an earthquake. Avalanches, for example, can be incredibly dangerous and the best example for that is the landslide that occurred in Peru in 1970. After an earthquake, copious amounts of ice, rock, and mud collapsed from the Huascaran Mountain. The avalanche traveled several hundreds of miles and swallowed in its path a number of villages, taking over 8,000 lives in the process.

The biggest earthquake in California’s history struck in 1906, at a time when the well-known Richter scale wasn’t invented. Modern scientists revisited the cataclysm and estimated that, by today’s standards, the earthquake would be a 7.8 on the Richter scale. Standing proof of the fact that earthquakes can do most damage indirectly is the fact that 90% of the collateral damage and lives lost in 1906 happened because of the cracked gas pipes. This led to powerful blazes and to San Francisco burning for three days straight.

Animals can (or should, theoretically) predict earthquakes a few moments before they happen. Science is still trying to attribute a precise explanation to it, though. Some believe that this is possible due to the animals detecting the weak tremors that announce the quake. Others think that it’s the electric signals delivered by the shifting rocks that they pick up on. Those with pets might attest that not all of them can necessarily do this. The ground is shaking, but the pet is fast asleep.

Speaking of premonitory signs, there are some ways to announce an earthquake, especially if it’s a big one. Ponds and canals may start oozing a foul scent because of the release of gases underground in preparation for the quake. Certain gatherings of ground water may also warm up slightly.

The San Andreas Fault, one of the most famous faults in the world, is moving roughly two inches a year. If the movement keeps up at this rate, Los Angeles and San Francisco will be conjoined in the next 15 million years.

In 2011, as some of you may remember, Japan was struck by the worst earthquake in its history, a monstrous one graded 9.0 on the Richter scale. It affected the entire Earth, as the cataclysm shifted the planet’s axis by 6.5 inches and shortened the day by 1.6 seconds. The quake also moved Japan closer to the United States.

All facts about earthquakes should help us draw one major conclusion: they’re abominable forces of nature, indeed, but they’re also strangely fascinating. Until one strikes, that is. And given all the listed grisly aftermaths, we hope that won’t be anytime soon.