Thunderstorms are the kind of natural phenomenon that will always make your kids cry and dogs bark. They’re loud and powerful, but are they dangerous? With the following thunderstorm facts, you’ll be able to draw this conclusion yourself by learning the basics of thunderstorms. 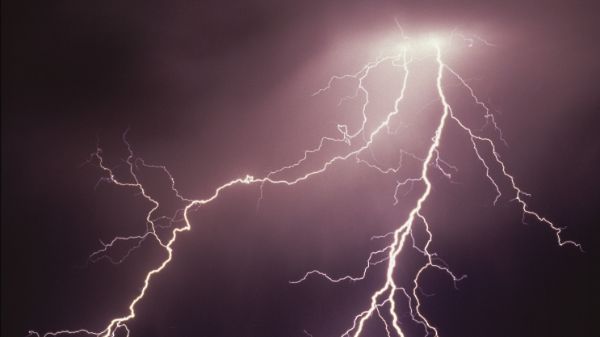 What Do We Consider A Thunderstorm?

First things first, we need to answer the most important question: what even do we classify as a thunderstorm? What sets them apart from a normal storm? As thunderstorm facts have it, you may be witnessing one when you look at the sky and you see constant flashes caused by lightning. Lightning is the main “player” in this phenomenon, which is why you may hear other people refer to it as an “electrical storm” as well.

They are typically accompanied by rain and winds, like all storms, but that’s actually not mandatory. You may say that you’re witnessing a thunderstorm if thunder and lightning are chaotically unleashing their power upon us all.

So, it’s basically a storm with a lot of thunder and lightning? Great! What interesting thunderstorm facts could there possibly be?

Experts are keeping a tight leash on thunderstorms and they have studied them long enough to be able to gather significant data for a proper classification. There are many ways through which one can classify thunderstorms, but what really interests us most is the one that can cause the most damage: a supercell.

Supercells are defined by the presence of a mesocyclone, a rotating updraft which led many to double these thunderstorms as “rotating thunderstorms” as well.

Lighting conveys extremely high temperatures. The average temperature of lightning is around 20.000 Celsius/36.000 Fahrenheit degrees. Because of this, lightning can be a huge environmental hazard, being able to set ablaze surrounding vegetation. Lightning is one of the main natural causes of wildfire.

When we are children, we often wonder what the deal with thunder is and finding out its relation to lightning is one of the most fascinating thunderstorm facts you could put out. The intense heat of lightning causes surrounding air to rapidly expand. This leads to the generation of a powerful sonic wave. And, thus, thunder is born.

Because light is faster than light, we always hear the sound of thunder AFTER a lightning strikes across the sky. As a bonus dose of thunderstorm facts, you can pinpoint whether a storm is nearby or pulling away depending on the thunder delay. The longer it takes for you to hear the thunder after a lightning flash, the further it’s getting away from you.

Thunderstorms can occur all year round, but there are certain times when it’s more likely for one to swirl up and unleash its power. Spring and summer months are more prone to the apparition of thunderstorms. Moreover, the time of the day has a say in all of this too. There is a higher probability for this lightning phenomenon to make itself known during the afternoon or evening.

Lightning and wind aren’t the only dangerous and bothersome elements of a thunderstorm. Very frequently, they also come with something called hail. In case you didn’t know, hail forms when water drops get caught in a storm’s updraft. They ascend into the sky to the point where they freeze and get heavier.

The extra weight is going to result in them falling down. Those drops that are still not heavy enough are going to continue floating and adding more layers of ice. This will happen until there is enough weight to allow them to drop to the ground. In shorter terms, you may say that hail is the equivalent of an ice rain. It can be a pretty dangerous phenomenon. No one would be particularly elated to get hit over the head with pieces of ice. Let’s not even mention the possible damage to property such as cars.

There are certain factors which can lead to someone classifying a thunderstorm as severe. One of the factors is producing hail of a diameter of at least three quarters of an inch. Curtsy to all of these thunderstorm facts, we reckon we understand why anyone would find them worthy of a “severe” label.

Experts may raise a red flag when the wind whips at everything in its path at speeds of over 50 miles per hour. Last, but definitely not least, some thunderstorms may even produce a tornado, which actually goes beyond “severe” and enters “downright dangerous” territory. Approximately ten percent of thunderstorms are classified as severe.

Just like with every troublesome weather phenomenon, there are some locations around the world that are much more likely to see the development of a thunderstorm. This place is Kampala, Uganda’s capital. There is an average of 240 days every year “dedicated” just to thunderstorms alone.

Thunderstorm facts are many and so are these electrical storms. Observes have estimated that, worldwide, there are over 16 million thunderstorms happening every year. In fact, even at the moment of this reading, there are a grand total of approximately 2,000 thunderstorms taking place right now. The US alone “benefits” from over 100,000 thunderstorms on a yearly basis.

It took a while for people to understand the mechanisms of thunder and lightning. During ancient times, philosophers such as the great Aristotle believed that thunder was the result of clouds colliding with each other. It’s also well known that many attributed the apparition of lightning and thunder to various deities. Perhaps the most famous of them all is Thor, appearing in Norse mythology as the son of Odin.

A thunderstorm needs three things in order to materialize:

Did you like these thunderstorm facts? How many of them did you know already? And since we mentioned one question in the beginning, let’s answer it now. Are thunderstorms dangerous? Are gatherings of lightning that can strike down people and start wildfires dangerous? Unfortunately, the answer is yes. But they’re also pretty spectacular to look at.