How do blizzards form, you might ask? Each season has its own mix of challenges to it. But some say that winter is the worst of them all. This chilly time of the year lowers the outdoor temperatures to below the zero mark. It sends cascades of thick ice so heavy that it breaks power lines and sends cars spinning into ditches when they attempt to drive over it. And there is also plenty of snow. While the people of the southernmost region of the United States dream up images of what it is like to have a white Christmas, those who live in the North know that snow is mostly a hassle to deal with, especially when heavy amounts of it get thrown about during a blizzard. 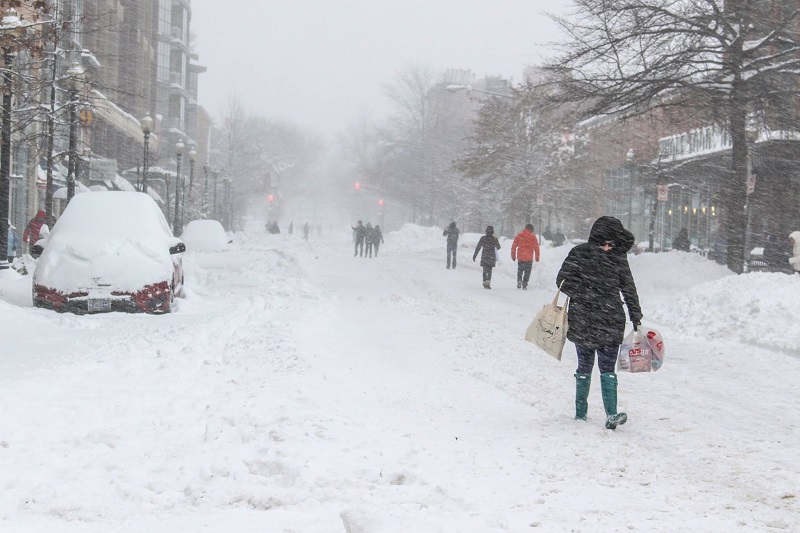 What Is a Blizzard?

Most snow storms pass within an hour or two. Sometimes, they last through the night, but there is only an accumulation of a few inches or so by the morning. The northern part of the United States is often hit with severe winter storms that can create snow drifts that are several feet deep. That is because the wind reaches speeds of over 35 miles per hour. The snow is scattered through the air over and over, which creates a white-out that no one can see through. If this wind speed is continued for at least three hours or more, and the visibility from the white-out is less than a quarter of a mile, weather experts consider this to be how blizzards form.

Some people think that there must be a heavy amount of snow falling from the sky for a snow storm to be considered a blizzard, but this isn’t true for how do blizzards form. The rate of snowfall actually has little to do with it. The wind is the key factor in the determination since it can pick up loose snow from the ground and carry it for long distances, especially if the snow is freshly fallen. Wet snow clumps together, so it reduces the likeliness of a blizzard occurring.

How Do Blizzards Form?

Many people might wonder how do blizzards form in the first place? Blizzards are caused by a collision of warm and cold air temperatures during the winter season. However, they can happen during the early spring too if the conditions are right. Hot temperatures from below the equator move to the northern half of the United States where they are met by cold weather sent from the arctic regions above. The hot air covers the cold air quickly since heat always rises. And this makes clouds begin to form.

Unlike warm air, there is very little moisture in cold air. So precipitation can’t develop at the same rate if there isn’t enough warm air. Once the clouds are thick with a plentiful amount of moisture, they release it in the form of rain. But if the temperature is below freezing, this rain will quickly form into ice crystals that begin to bind to each other until snowflakes are formed. Each snowflake is composed of about 200 different ice crystals. These snowflakes only make it so far down from the sky until the wind that is also created from the two pressure systems colliding together starts tossing them all about.

Why You Need to Take Precaution Measures

During these severe blizzards, the visibility can be reduced to just a few feet in front of a person. Some people have frozen to death because they were stuck outdoors during the blizzard, just a short distance from where their house was. Since they couldn’t see, they couldn’t get inside in time.

Because of this, it is crucial that everyone stays inside during a blizzard and knows how blizzards form. Most people who live in areas where blizzards regularly hit usually keep extra food, water, and oil lamps to help them have light in case the power goes out. A small portable kerosene heater is needed for heat too. 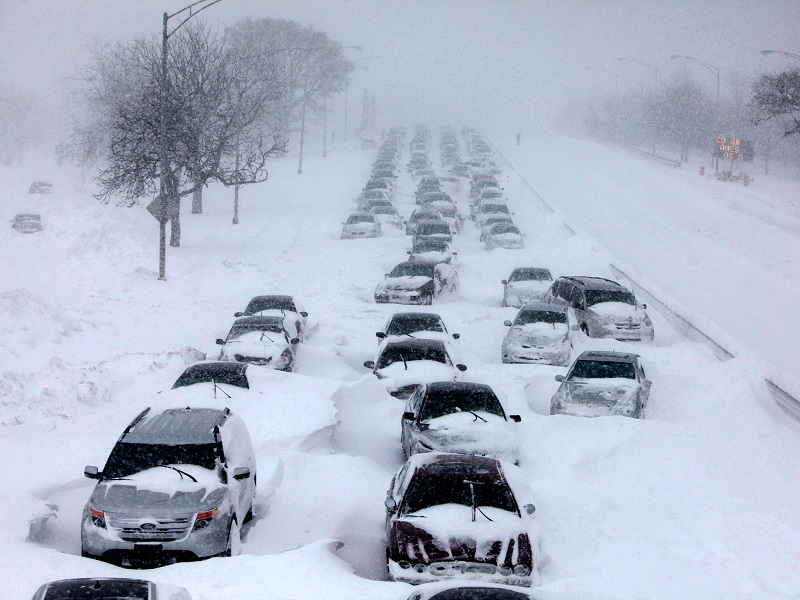 Where Do Blizzards Occur the Most?

Because of the way that air moves throughout the United States, how do blizzards form in some places and not others? Certain areas that are far away from where the cold air from the North blows usually escape this type of winter snow storm. Such areas are the bottom half of Texas close to the Gulf of Mexico and California. But the states that are further up have no such luck. The Midwest and the Great Plains regions get hit the hardest since they are perfectly positioned to receive a combination of the hot and cold fronts.

Alaska and Washington get the most blizzards out of all of the states in North America. But the states that border the Great Lakes region get hit with them too. In fact, the blizzard that happened in January of 1975 was considered to be the worst blizzard that Ohio and other nearby states had in many years.

Blizzards don’t just happen in the United States, though. They can occur anywhere in the world. Even some places in the tropics have blizzards in their mountainous regions. Antarctica, Canada, and Russia get the most violent blizzards of all.

To Sum It All Up

In summary, there are three important factors that determine whether a snow storm is considered to be a blizzard and how do blizzards form. There must be high winds that reach over 35 miles per hour, less than a quarter of a mile of visibility because of the snow, and the high winds and limited visibility must continue for at least three hours straight. A blizzard can happen with any amount of snow. There doesn’t have to be any snow falling for one to occur. Blizzards can be started from the snow that is already on the ground. And lastly, the best thing to do if a blizzard develops is to stay inside until it is over.