Have you ever watched a hailstorm and wondered just how is hail formed while the ice pounds away at car hoods and trees, causing its path of destruction? It’s tempting to watch hail as it smashes into the ground and destroys everything in its path, but you should go inside and stay away from windows when this occurs.

This is because the winds from a thunderstorm can drive hail sideways and cause it to smash through windows. As fascinating as hail is, it’s a dangerous condition. If you’re unlucky enough to be caught outside in hail, your first order of business should be to take shelter. Now that you’re safe inside, let’s learn how is hail formed. 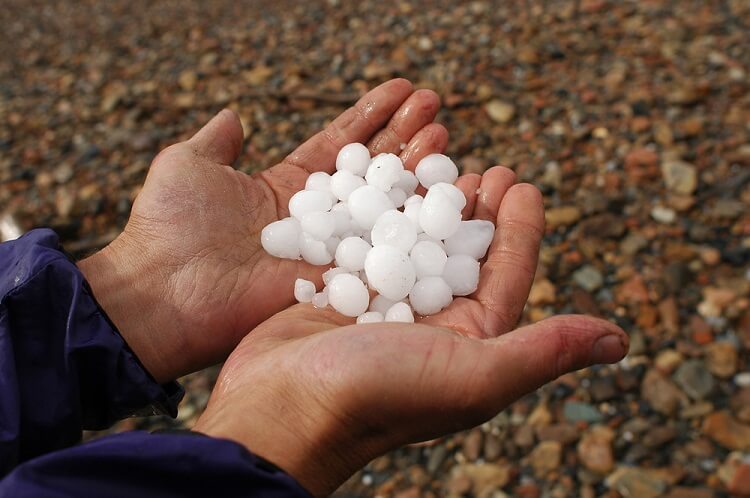 There are four types of precipitation that fall from clouds: snow, sleet, rain, and hail.

Hail is by far the most damaging and dangerous form of precipitation. This is because hail is made of solid and sometimes very heavy pieces of ice. Some of these pieces are as heavy as a pound or more and they fall to the ground at very fast speeds. Learning how is hail formed can explain how these ice pieces can get so large, fast and dangerous.

Hail can fall to the earth at between 9 meters per second and 48 meters per second depending on its size and the weather conditions. That’s a little bit faster than the average fastball pitch in professional baseball. Now, imagine how dangerous it could be to have hundreds of these fastballs coming at you at once.

The deadliest hailstorm in recorded history took place in 1360 during the Hundred Years War as the English army was caught in the open by a particularly vicious storm that killed nearly 1,000 soldiers. To understand how these hailstorms can become so dangerous, it’s important to know how is hail formed.

How Is Hail Formed?

So, how is hail formed? First, it’s important to understand that all precipitation starts out as snow. This is because the upper atmosphere, where storm clouds form, is so cold that water can only exist in frozen form. Precipitation accumulates in the clouds when tiny droplets of water freeze around specks of dust. This dust can come from many different sources including ash from volcanoes, dirt particles lifted from farming, wind and tornadoes, and even from meteors that burn up in the atmosphere.

The frozen specks of water crystallize around these microscopic particles, becoming the unique snowflakes that we all love to see in the winter. If it is summer, these snowflakes will likely melt on the way back down to the earth and fall on us in the form of rain drops.

To Be More Explicit…

Sometimes those tiny snowflakes get caught up in a cycle of updrafts caused by warm air circulating into the clouds. When this happens, they can become big, nasty, destructive hail instead of gentle snow or soothing rain. This occurs because very powerful thunderstorms create strong updrafts that lift large amounts of warm air far up into the highest parts of the atmosphere before they suddenly cool and fall back down. As the warm air flows up, snowflakes get caught in the updraft and melt into rain on the way up.

Instead of this rain falling down gently to the ground, it is carried higher still until the warm air cools and starts to fall. When the warm air cools, the raindrops freeze again and these frozen raindrops are much bigger than the original snowflakes that formed them. This is where things get very interesting.

If the storm is very violent, more updrafts of warm air will blow upward strongly enough to carry these heavier frozen raindrops back up. They will remelt on the way up, freeze at the top of the cycle again and begin to fall back down. The more the raindrops/ice particles get caught in updrafts, the bigger the balls of ice become. Then, the frozen ice balls become so heavy that the updraft can no longer pick them up. Consequently, they succumb to gravity.

Why It’s More Dangerous than You Think

The largest hailstone ever recorded was a little over 1.5 pounds. It fell to the earth in 1970 from a behemoth thunderstorm in Coffeyville Kansas. It was a very violent storm. If you have ever wondered just how is hail formed into such a large stone, the answer may shock you. 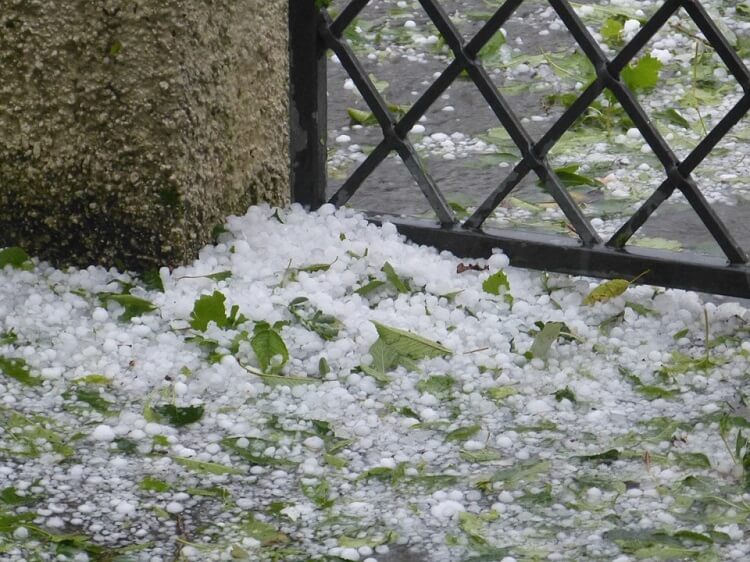 Where Does Hail Occur Most Often?

Just like we have a tornado alley, we also have a hail alley in the United States. This area spans roughly across the central Midwest and includes the states of Wyoming, Nebraska, Kansas, Colorado, Missouri, Oklahoma, and Texas. Wyoming receives the brunt of these storms, with the city of Cheyenne seeing roughly ten hailstorms every year. Of course, hail can occur just about anywhere in the world where thunderstorms occur.

Hailstorms typically occur during the warm months between May and September in the United States. This is because storms must have warm air to create updrafts that form hailstones. Of course, that doesn’t mean hailstorms don’t occur during other months. In December of 1967, a freak hailstorm blanketed Los Angeles in a coating of ice so thick that it looked like a winter snowstorm had struck.

Now that you have learned how is hail formed, where and when it occurs, and more importantly, how to stay safe from a hailstorm, you can impress your friends with your knowledge of this weird and wild weather phenomenon.