In this post we will detail the basics of how an emergency response team (ERT) functions, the components of such a team and how you can organize one in your community as a prevention and preparedness technique. In case of emergencies of any kind, putting together a response team as fast as possible is crucial to the community’s ability of moving past the crisis. There are, on one hand, professional disaster management services which specialize in providing urgent intervention and relief to the affected communities. Such services are usually summoned in case of large scale accidents, earthquakes, tornados, floods and other natural disasters, or in case of artificial or man-made disasters such as bombings, attacks and other disruptive events. 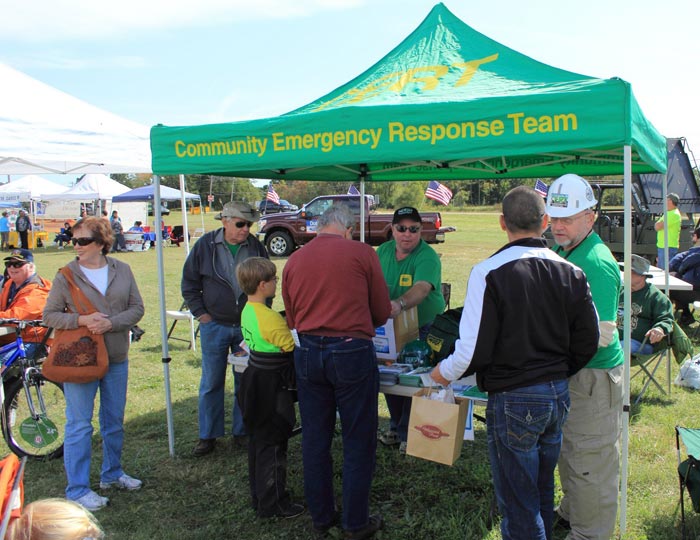 On the other hand, there are the less official intervention agents coming from one of the multiple non-governmental organizations specializing in humanitarian relief actions, charity work and so on. Disaster management and emergency management are one of the most important areas of work for such NGOs, and therefore many of these organizations have an emergency response team on standby and ready to be sent on the field. The active focus of each may differ according to the organization’s main field of activity, of course, and many times the services of several emergency response teams are necessary for a crisis to be successfully handled.

To keep a long story short, the exact duties and responsibilities (and, hence, the exact componence) of an emergency response team depends on the type of threat or disaster being handled. The only thing which remains the same is the unwritten rule that no matter what the threat handled is, the official intervention teams stand a much better chance of averting further threat if they benefit from the help and involvement of local citizens. Therefore, one of the best things you can do for the safety and well-being of your town or neighbourhood is to be ready of putting together a local citizen emergency response team. 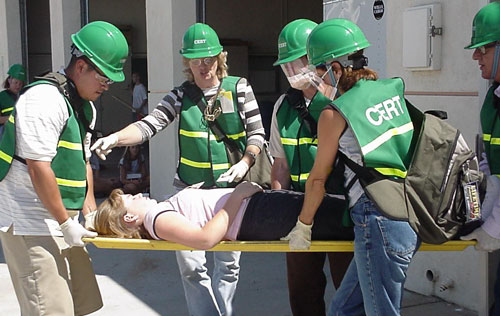 How a Community Emergency Response Team (CERT) Should Look Like

First of all, check with your local office for emergency response and see what forms of emergency response are already put in place and how you can get involved. As far as we know, local emergency management, even of coordinated by official infrastructure services (police and hospital staff and so on), could always use more volunteers. You can inquire about what roles are currently most needed and see if you already have the required skills, or, if not, if you can obtain those skills through a training session. Most local authorities organize such seminars and workshops for training citizens to fulfil a particular role in order to be able to assist within an emergency response team. If you check out the available seminars, you may end up with an extra skill set or two in the end.

But in order to organize your own emergency response team for your local area (a suburban neighborhood, or for your campus, etc.), you need to consider these particular steps. Such a team, comprised from citizens who usually hold unrelated jobs and take on their emergency roles only when the need arises, is usually called an incident response team. Here are the requirements (laid out as steps) for it:

Since we mentioned above the necessity for your team to obtain certifications in various intervention areas, let’s take a brief look at what these main intervention areas are and how you can obtain some further training (and maybe even a job in the field).

First of all, you need to know that while you may find a company which offers emergency management training, the best such trainings are still offered by state infrastructure services. In order to make sure a certain certificate is indeed officially recognized by national or local authorities, you need to make sure the workshop or course offered bears the official logo of a state service. Of course, one of the best sources of training for members of a CERT (community emergency response team) is the government’s own special programs. You can find more about each branch of governmental training for CERTs by visiting their main portal here.

Second of all, don’t forget that once you become certified in the field and gain some experience in organizing a community emergency response team, you can start considering an actual job in emergency management. There’s no reason why you shouldn’t get paid for your expertise, especially if your activity becomes a full-time involvement. You can look up opportunities for an emergency response team coordinator here, or for more general members of such a team here. Of course, these are just starting points: there are plenty of other portals which host employment opportunities for emergency response team specialists. To look for more, simply browse regular job engines, in a similar way as you would start your searches if this was any other job. Local teams who are just starting their activity could benefit from your experience, so maybe the greater good would be to spread your knowledge.