Over 30 years on, the Space Shuttle Challenger shuttle disaster is still seen as a national tragedy. The event killed a schoolteacher and a group of talented astronauts on live television. Millions of children in schools all around the country were watching. But outside of that terrible day, the Challenger explosion shifted the ways in which the American people and their policymakers thought about space flight. Never again would the United States have the same level of confidence and trust in its space programs as it did the day before Challenger. 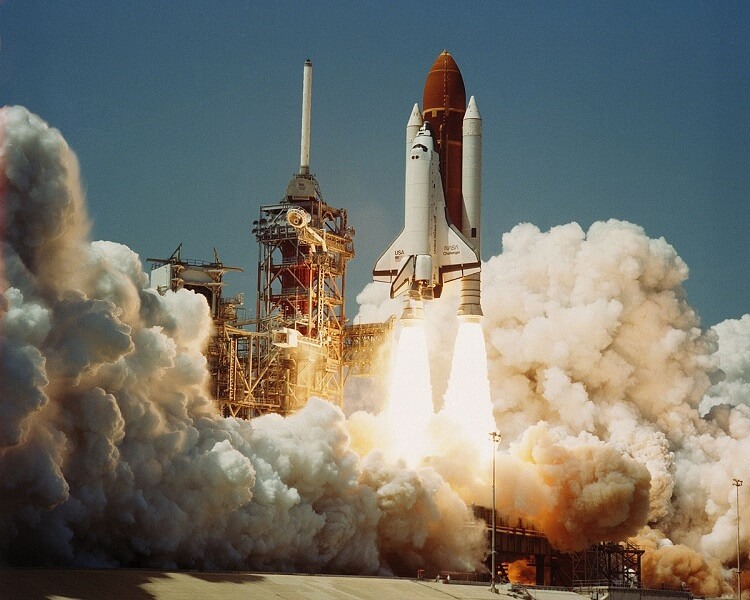 The years before the Space Shuttle Challenger disaster were a renaissance for the American space program. NASA suffered its first and only fatal space mission accident when the crew of Apollo I died from a capsule fire in an on-ground test in 1967. Since then, it had gained one of the greatest achievements of the space race in 1969, when it landed two men on the moon.

NASA had nearly fallen out of the public imagination during the late 1970s. The Apollo missions ended and NASA embraced less-enticing space stations and unmanned vehicles. The space shuttle was meant to bring Americans back to space in a way that reignited the public conscious once again.

A fleet of vehicles could be reused multiple times. This saved millions of dollars in cost to the taxpayer who otherwise had to pay for entire Saturn rockets for every space launch. The vehicles themselves seemed futuristic, coated in re-entry-defying tiles and landing on a runway like an airplane. At first, the program was a massive success. Launches for Columbia, Challenger, Atlantis, and Discovery went off without a hitch. 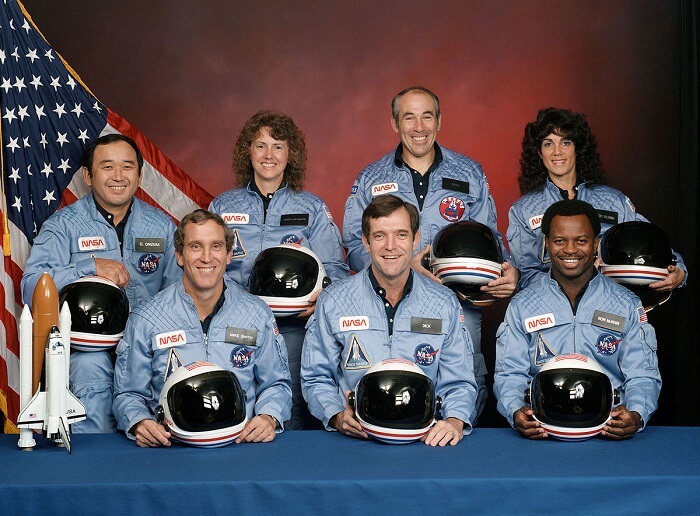 The Challenger flight of January 28th, 1986, was supposed to be something new and bold for the shuttle program. A school teacher, Christa McAullife, would be the first civilian in space. McAullife’s addition was the continuation of a trend of expanding the crews of shuttle missions; only two weeks before, Representative Bill Nelson became the first sitting congressman in space on another shuttle mission. The presence of a teacher meant that schools around the country played the launch on televisions in their classroom. Another member of the crew was Ronald McNair, a famed astronaut and only the second African American in space.

This expansion of the space program did not last past January 28th, however. The launch quickly showed problems, with sensors relaying to mission control that the exhaust plume was stronger than normal. A few seconds later, the aircraft blew up on live television, killing all of the crew members on board.

The vast majority of the country’s population learned about the Space Shuttle Challenger disaster within an hour. President Ronald Reagan gave a televised address that night where he lamented the loss of the spacecraft and praised those on board for their bravery.

The obvious question after the explosion was why it happened. The Rogers Commission was ordered by President Reagan to investigate the many reasons for the Space Shuttle Challenger disaster. William Rogers, chair of the commission, enlisted the help of famed theoretical physicist Richard Feynman to write the report and guide the investigation.

The Rogers Commission soon discovered that the entire story of the Space Shuttle Challenger disaster revolved around the controversial inclusion of a set of rubber O-rings. They comprised a seal between the external fuel tank and the solid rocket booster on the right side of the aircraft. These O-rings were a critical part of the launch. However, they had never been tested in temperatures as low as the temperatures on the morning of the Challenger launch.

A number of scientists with NASA had spoken up about these O-rings prior to the launch and even on the day of the launch. There had been concerns raised about the O-rings back in 1977. Employees at one of NASA’s contractors, Morton Thiokol, had relayed their concerns and had spelled out the possibility for imminent disaster. According to these figures, a failing O-ring could destroy the space shuttle on the launchpad, let alone in midair or on re-entry. However, those concerns were not been passed along to other officials with the same sense of urgency.

NASA had a stifled culture that prioritized success and launches at all costs. They had a “go mentality,” meaning that their inclination was always to lean on the side of launching a mission. At the time of the launch, the organization also had a limited budget and was on a tight schedule. It had already delayed the Challenger launch several times.

The night before the launch, a meeting was held between several leaders of the mission to discuss safety concerns for the next day. The problems with O-rings were brought up. However, no members of the safety team were present and the mission was still greenlighted. Mission control bypassed six launch constraints to make the flight happen on the morning that it did. NASA had also grown complacent with the regular success of shuttle flights; the flights had occurred every few weeks since the first flight in 1983 without incident.

The space shuttle program would move on for another 25 years after the Space Shuttle Challenger disaster. This event prompted a reworking of shuttle design, with new guidelines in place to solve O-ring problems and protect spacecrafts especially during takeoff and re-entry. Space shuttle flights would resume 32 months later with a successful Discovery flight, and continue regularly thereafter.

The Space Shuttle Challenger disaster still resonates as a seminal moment of the past 50 years. It was the event that shook the American conscience, the first deadly space-related accident in decades. Challenger also helped change the way NASA worked. It provided insight on whistle-blowing behaviors and groupthink culture, as well as being a key part of the development of 24-hour cable news. It is for these reasons, but also for the bravery and sacrifice of the Challenger crew, that Americans should never forget the legacy of this event.