In any given area of the world, there are certain natural disasters to be wary of depending on the climate, time of year, and weather tendencies. In places near the ocean, hurricanes are a very real and threatening possibility that drive hundreds of people to evacuate their homes every year. However, in many flat states across America, tornados are the largest weather-related threat. There are many types of tornadoes, with varying shapes, sizes, and ability to damage homes.

Many people have seen the Wizard of Oz and heard of tornado alley, but few people truly understand the reality of a tornado. There is much more to a tornado than simply a large funnel of wind that destroys homes; they can form in many different conditions and have a wide range of potential for destruction. Tornadoes can cause extreme damage to homes, farms, and lives if those living in at-risk areas remain unaware and unprepared. Because of this very real threat, it is advisable to learn about the many types of tornadoes and how to proceed if one touches down in your area.

Quick Navigation
What Is a Tornado?
Types of Tornados: 10 Things to Know
How to Stay Safe in a Tornado
Conclusion

What Is a Tornado?

A tornado is a vertical funnel of air that is spinning in circles extremely quickly. Tornadoes grow out of thunderstorms, and they often occur alongside hail. The winds in a tornado can be as rapid at 250 miles an hour, and it can create a clearing up to a mile wide and 50 miles long. There are many types of tornadoes, but the most damaging and threatening develop from extremely large, destructive thunderstorms called supercells.

Types of Tornados: 10 Things to Know 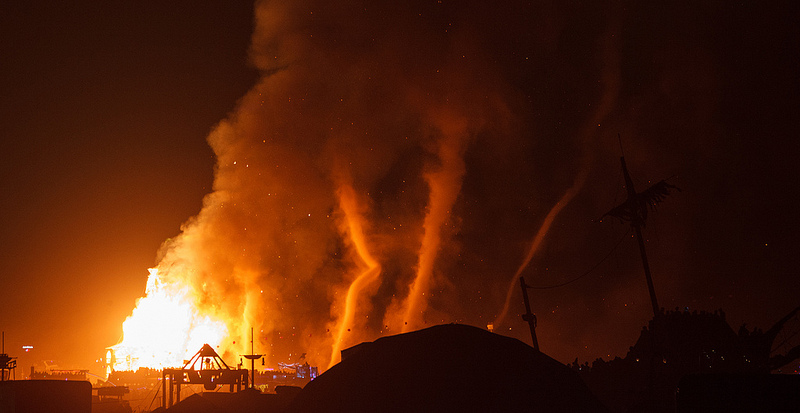 When evaluating what type of tornado you're dealing with, there are many factors to take into account. Each individual tornado can be any variety of shape, size, color, and consistency. Tornadoes vary greatly depending on how they have formed and which elements they are surrounded by. Here are some of the many types of tornadoes that can develop.

The type of tornado that most of us think of when picturing a tornado is a supercell tornado, which is borne from a large, destructive thunderstorm. This variation often stays on the ground for a very long time period, often over an hour. Supercell tornadoes are typically more violent and longer-lasting than other tornadoes, and their winds can be faster than 200 mph.

The physical formation of landspout tornadoes is all in the name- they are essentially waterspouts that have formed on the land. These are typically less powerful than supercell tornadoes, and they do not form wall clouds like some other tornado types do. Landspout tornadoes frequently develop along the edge of thunderstorms, forming from the air that has been cooled by the rain. This form of tornado is often seen beneath large cumulus clouds or cumulonimbus clouds.

Gustnadoes are one of the weaker types of tornadoes, as they typically last a very short period of time and have slower winds than other forms. They are basically clouds of debris or spirals of dust that form from the gusting winds of thunderstorms. They can also be described as faster, larger dust devils. Gustnadoes form in very dusty areas and they usually cause less damage than supercell tornadoes or other larger variations.

A waterspout tornado is a tornado that forms above water, and it almost always disappears when it crosses onto the land. Most develop from cumulus clouds that have expanded rapidly or from small thunderstorms. Their funnels consist of condensed freshwater droplets, but they form over warm tropical oceanic waters. Waterspouts can be frightening for those who live near the sea, but they are not known for causing huge amounts of damage due to their dissipation upon reaching land.

Dust devils are a form of tornadoes that result from very dry, hot, clear weather conditions on dry land or desert. They often develop in the late morning or early afternoon, when the sun is highest in the sky and hottest on the ground. Dust devils are relatively harmless, as they last for a few minutes or less and have wind speeds that are usually less than 70 mph. Dust devils form when slow desert breezes result in a swirling tunnel of dust, and they are less powerful than the weakest tornado.

Firenadoes, also known as fire tornadoes or fire devils, are created from the strong heat resulting from volcanic eruptions or large forest fires. They form when the wind of the fire concentrates on an initially small eddy and then becomes a tornado-like column of fire and smoke. Firenadoes can have winds of over 100 mph, which can have devastating effects on land and property.

Although most people picture tornadoes as a long tunnel of wind that comes from a wall cloud, some tornadoes are hidden by the storm that creates them. These are called shrouded tornadoes, and they are basically impossible to see because of their hidden formation. This results in a very dangerous situation, as onlookers will simply believe that they have come in contact with a large storm, while in reality there is a tornado lying in wait.

Most types of tornadoes form the shape of a wedge, which can become so wide that it seems to simply be a large block of somber clouds. The wedge is usually larger in width than the distance from the cloud to the ground. This can be confusing because onlookers often can't discern a wedge tornado from a low-hanging cloud. Many major tornadoes take the form of a wedge.

Dissipating tornadoes take on fascinating forms as they disappear. They are also called "rope tornadoes," as they take the form of a very long funnel that resembles a rope or tube. These tornadoes curl and twist into elaborate, complex shapes that are as compelling as they are dangerous. When the length of the funnel increases, the winds creating it weaken and the tornado eventually dissipates completely.

Tornadoes can take on different shades and colors depending on the physical environment they develop in. Tornadoes that form over water are blue or bright white, while mountainous tornadoes are white due to the snow. Funnels that twist slowly suck up a large amount of dirt and debris, which results in a very dark shade of brown, while tornadoes in the Great Plains can be red due to the reddish soil they ingest. Types of tornadoes that are created in dry areas with a lack of loose soil to suck up can be almost invisible, only identifiable by the swirls of dirt at their base.

How to Stay Safe in a Tornado 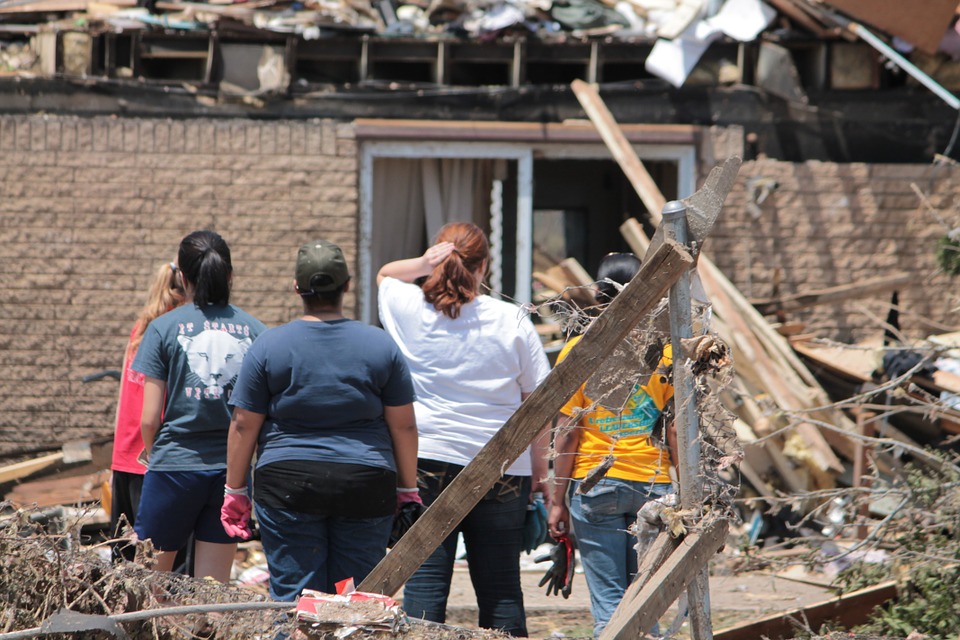 There are many guidelines for how to remain safe and secure during a tornado, but one of the most important strategies is to have a designated place to go should a tornado hit. This place should be storm shelter at best, but other suitable options are a central room in the basement such as a bathroom or closet. You should be in the lowest level of the house possible, with as many walls between you and the tornado as you can. You should also place yourself away from windows, as there is a chance of glass breaking and wind coming through them.

It is also a good idea to have an emergency supply kit in your designated safe area, complete with bottled water, first aid items, a flashlight, and a weather radio. Putting cushions on top of yourself once you are in the shelter is also an added protection from debris that may fall. If you find yourself in a car when a tornado hits, immediately pull over and find shelter. It is best if you can find a building with a shelter, but if this is unavailable, a ditch is a much safer choice than a car.

Along with following safety precautions once you are in the dangerous situation of a tornado, using preventative measures is another way to reduce the potential danger. If there are storm warnings in your area, avoid roads and shopping until the danger passes. Ensure that your designated storm shelter area is available and stocked with necessary supplies. Also, make a plan with family members and have frequent storm drills during tornado season to be fully prepared for all types of tornadoes that may come your way. 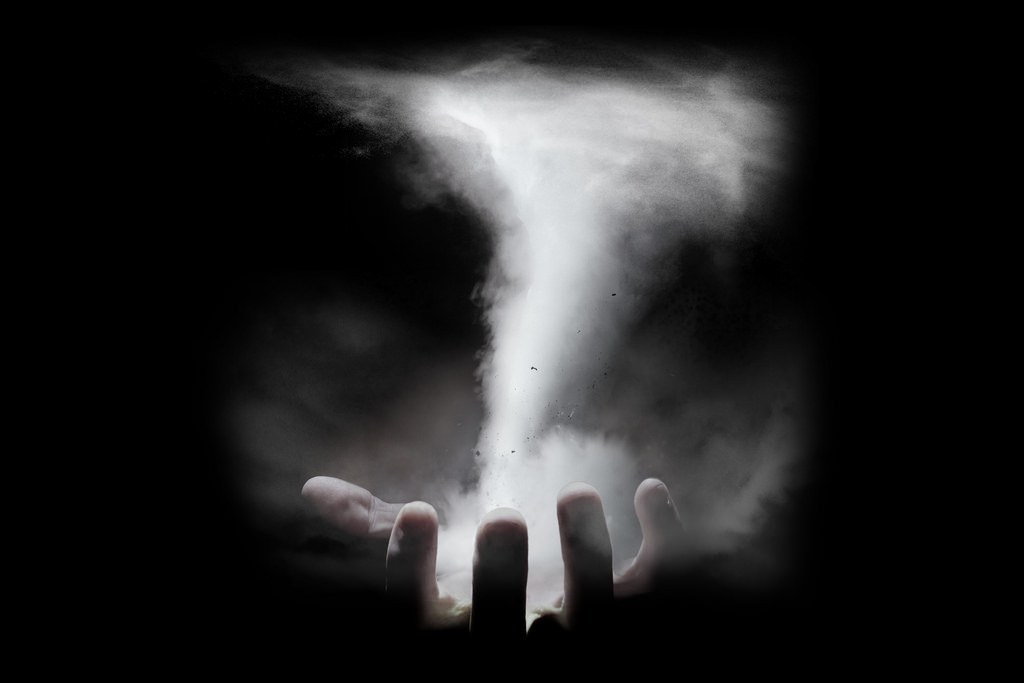 Most people have one picture in their mind when they imagine a tornado, but the reality is that tornadoes come in many forms, with varying consequences for those they strike. Learning about the many types of tornadoes that exist is not only fascinating, but it is also the perfect way to be as prepared as possible should you find yourself at the mercy of such a storm. If you are well-informed and fully prepared for a tornado, it will do significantly less damage to you and your loved ones. The next time storm season rolls around, remember these facts to stay informed and out of harm's way.