Wildfires are a destructive force of nature that you don’t want to cross paths with. Luckily, there might be a chance to prevent some bursts by knowing what causes wildfires. This is what we’ll be focusing on in the continuation of this article alongside with some solutions.

What Is A Wildfire? 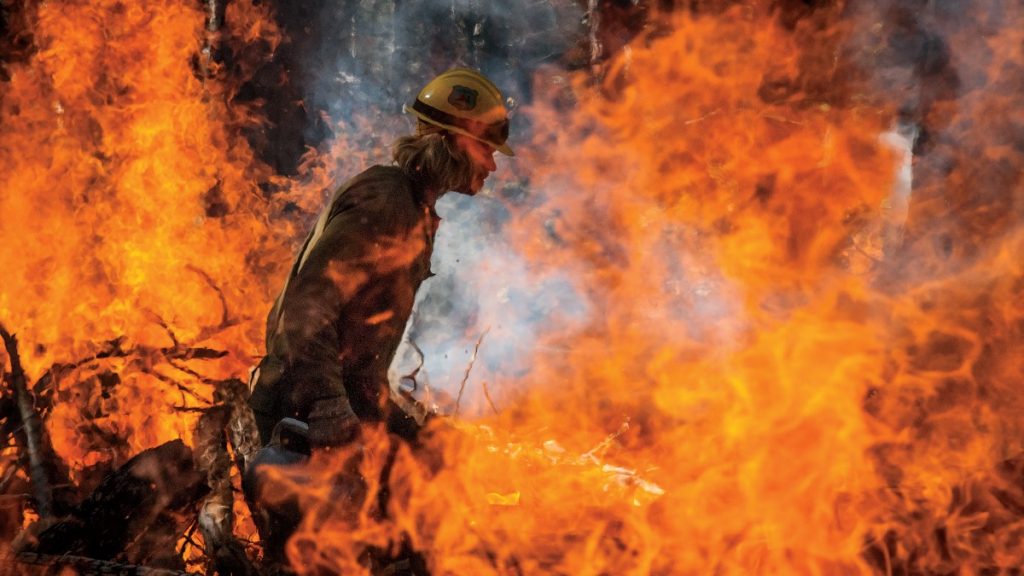 Real wildfire isn’t green and able to burn on the surface of water and we should be grateful for that. We say this because they cause enough damage as it is. Wildfires aren’t anything but uncontrollable blazes that have started to spread out on large areas of vegetation. These fires can last for several days straight and they scorch any kind of organic matter in their path.

In the United States, we can talk about approximately 100,000 wildfires starting every year. On an average, millions of acres of land get lost amid the blazes.

For narrower areas, wildfires that mostly affect one particular type of vegetation have their own specific names. We can have forest fires, grass fires, peat fires, or bush fires depending on which type of flora is affected most.

Unfortunately, wildfire causes are many and plenty. It doesn’t help that forests and patches with dry vegetation are essentially danger zones. It’s worth noting that wildfires tend to start, most of the time, in areas with dry and hot climates.

Camping is loads of fun and strumming your guitar while roasting some marshmallows above a campfire can often make the whole experience all the more charming. However, unattended campfires are guaranteed wildfire hazards.

In order to avoid the possible outcomes of a campfire, your first step is ensuring that you’re setting up your tent in a relatively safe area. Igniting a blaze in the heart of the forest with logs and trees all around drastically increases the risk of a wildfire explosion. Moreover, don’t sleep with your fire still lit unless there is someone to watch over it. And don’t forget to put it out when you leave!

Many people burn debris and yard junk in order to get rid of it. It’s legal to do so, which should theoretically imply that it’s not dangerous. Unfortunately, at the end of the day, fire is still fire and it can easily get out of hand. Tricky winds may make it bigger and more difficult to keep under control.

If you really have to burn your debris, there isn’t really any way to avoid doing so. You can try to lower the risks of an inferno breaking out by always keeping a source of water nearby. Moreover, it would do to inspect your chosen area beforehand and see that it’s not particularly windy.

We’ve heard that cigarettes are bad in every possible way. They’re bad for your own health, for the health of people around you, and they’re harmful to the environment as well. When carelessly tossing a still lit cigarette on the ground, you’re turning this harm into a literal business.

Scratch the fact that it’s littering, a cigarette not properly put out can easily develop into a disastrous forest fire.

Fireworks should only be handled by people who know what they’re doing, period. They can cause some serious injuries when not kept under control. And in even worse scenarios, a firework can be what causes wildfires. Always keep your firework shows in open areas with no trees, twigs, figs, bushes, and whatnot around you. Forest fireworks are just a bad idea all around.

An arsonist sets fire to property, vehicles, and various other things with the express intention of causing damage. Cases of arson amount to approximately 30% of what causes wildfires. There are some people who willingly set fire to their own property and belongings in order to receive damage compensation. We can’t say this applies to forests since they’re public property, so for now we’ll just blame it all on a little bit of… mental instability.

A human’s action isn’t the only factor that causes wildfires. Mother Nature has a say in all of this as well and, unfortunately, she doesn’t shy away from igniting whole acres of vegetation.

Lightning is an extremely dangerous natural phenomenon, but it’s especially dangerous for forests. There is a particular type called “hot lightning” which is known to be the biggest fire-starter whenever a thunderstorm breaks out. Hot lightning can cause sparks that will set its vicinity ablaze, with the flame continuing to burn for a long time and being very difficult to put out.

During times of extremely arid and hot summer, the sheer power of the heat is enough to start wildfires. This happened in recent times both in the United States and other areas around the world, most notably in Australia.