The sinking of the Titanic is without a doubt one of the most well-known boating disasters in history. It is the subject of several books, documentaries, and a Hollywood film. Despite its almost mythic popularity, though, there are still many interesting facts about the Titanic that many people don’t know. We’ll take you through our list of ten facts about that fateful voyage you haven’t heard before.

1. A Lifeboat Drill Should Have Happened

Thanks to certain records, we now know that there was a lifeboat drill scheduled for the day the Titanic sank. However, the captain decided it was best to cancel the training session. While we can’t know for sure what he was thinking at the time, we do know that the captain and other high-profile persons connected with the ship thought it to be unsinkable. People rushed for the lifeboats when the ship started to sink. Perhaps if they’d had a practice run, more lives could have been saved. 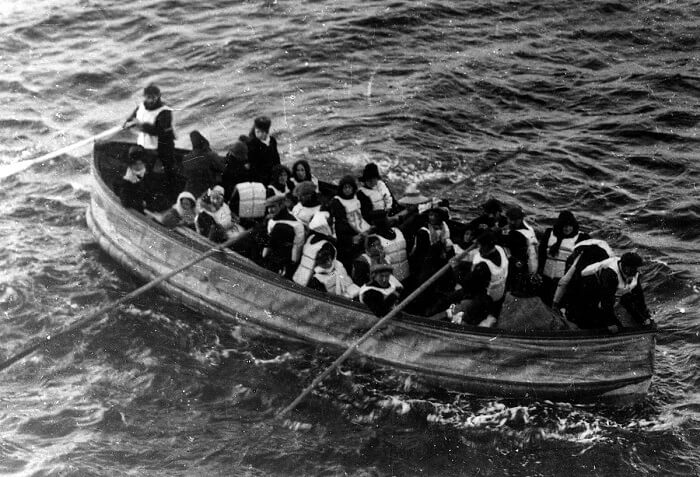 We now know that people did not actually fill up the lifeboats when escaping the sinking ship. Many of the boats could have held several more people. Analysts suggest that if the crew filled every lifeboat, they’d have saved all passengers. Yet more evidence that the lifeboat drill was a good idea and definitely one of the most interesting facts about the Titanic.

3. Most People Initially Thought There Were No Casualties

Another in our list of interesting facts about the Titanic that might seem strange to us today, in the first few hours following the sinking, most people had the idea that everyone survived. That isn’t so strange when you consider that it’s what all the newspapers were reporting.

Several trusted, high-profile news agencies at the time at first thought there were no casualties on board. They were so certain of this fact they reported it in big, bold headlines. Newspapers do make small clerical or factual errors very often. But seldom did so many get something so wrong in such a big way as the misrepresentation of the Titanic disaster.

4. The Newspapers Made Up For Their Blunder 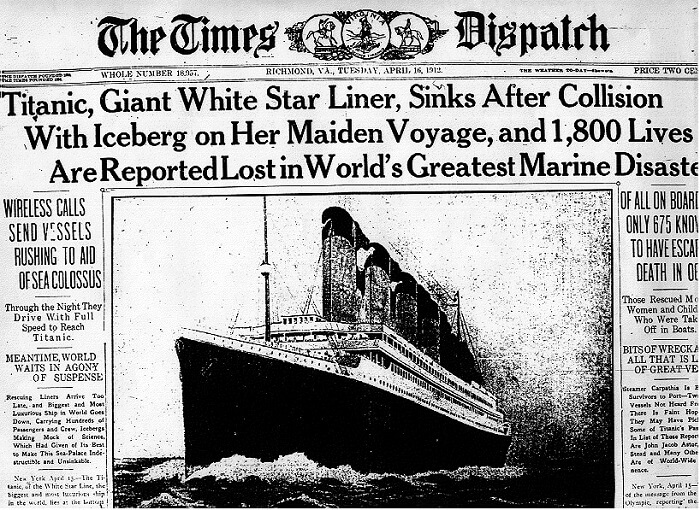 It is probably unsurprising that the news agencies learned the truth of how serious the disaster was and reported on casualty numbers as they received them. What makes this one of the interesting facts about the Titanic, though, is just how far they went to make up for previous errors in their statements.

Indeed, in the first week following the sinking, The New York Times alone devoted seventy-five pages of newsprint to the subject of the Titanic, including missing and deceased persons. Sunday editions are larger than weekday ones but whatever the case that was a lot of continuous coverage.

5. Many Passengers Could Have Been Rescued

Sometimes it is merely a small twist of ironic fate that separates timely intervention from disaster. Although there was another ship named Californian close by as the Titanic sank, it could not receive communications from the doomed vessel as the wireless operator had already retired for the night.

The Titanic did send out distress flares that many crew members saw though. They informed their captain of these sightings but he gave no orders in response. Another ship happened along later to pick survivors out of the water. However, it’s likely the first ship could have saved many more lives.

6. Alcohol Can Save Lives

We already know of some of the various medical uses for alcohol, as a sterilizing agent for tools and equipment. However, thanks to one survivor of the Titanic disaster, alcohol is also one of the interesting facts about the Titanic, too. The head chef of the ship had consumed a large quantity of alcohol that fateful night.

While it’s never a good thing to imbibe too much as disaster strikes, medical examiners concluded that the alcohol in the chef’s system kept his organs from shutting down in the as he spent hours in the freezing cold water.

As experts analyzed the facts in the days following the crash, they could determine the approximate time that the captain received word of the impending iceberg. Thanks to this information, the analysts determined that if the captain received the call a mere thirty seconds earlier, he would have had time to change course and avoid the obstruction.

8. First-Class On the Titanic Was Expensive

It may seem rather obvious since we expect anything with the title “First Class” to carry a hefty price tag, but first class tickets for the Titanic were really hefty. In today’s money, one ticket for the first-class parlor would cost you almost $70,000. When you consider that you can take multiple round-trip first class flights for that kind of money, you see just how pricey this luxury liner really was.

9. It Took Years to Locate the Wreckage

Although the disastrous sinking of the Titanic immediately became a national tragedy and one that researchers and enthusiasts continued to look at for years to come, it still took a long time to locate the remains of the vessel. In fact, it took about seventy-three years from the time of the sinking until divers located what remained of the Titanic.

10. The Engineers Chose to Sacrifice Themselves

Our final entry in our interesting facts about the Titanic is one of self-sacrifice. The Titanic employed thirty engineers and although there was room enough for all of them on the various lifeboats, they chose not to abandon ship. Instead, they remained on-board until the very end so that they could provide power to the ship and give the passengers more time to escape.

These are just a few of the interesting facts about the Titanic that have come to light as investigators uncovered more data in the years following the incident. We invite you to discuss these and share your own little-known facts if you have any that aren’t listed here.