Cruises can be fun and enjoyable vacations at sea. Millions of people embark on cruise vacations every year and return with fun memories of their time on the water. Cruising is one of the safest forms of travel and incidents onboard are rare. The five worst cruise ship disasters of all time, however, have turned dream vacations into nightmares.

In 2013, a fire on the Carnival Triumph left more than 4,000 passengers without electricity, air conditioning or toilets. The ship, which was headed to Mexico, embarked on a four day journey from Galveston. The fire started when one of the ship’s fuel pumps broke in the engine room, crippling the liner and leaving it stranded at sea. For more than five days, the ship glided along, with systems damaged, septic tanks backing up and spilling raw sewage into the hallways, and passengers growing increasingly desperate.

Reports from passengers onboard the stricken ship detail guests having to use bags as toilets. By the third day of the ill-fated voyage, the ship’s hallways were lined with bags of human waste.

The Triumph quickly ran out of food, supplies and medicine, making a bad situation dire. After five days, the ship was towed back to Mobile and passengers were allowed to disembark. The Triumph was quickly repaired and is now back in operation.

The Seabourn Spirit was in the middle of a 16-day African voyage from Egypt to the Seychelles when it was attacked by pirates off the Somalian coast in 2005. The pirates pulled up alongside the ship and fired at it with rocket launchers, grenades and machine guns. The pirates attempted to board the ship but were unsuccessful. While no lives were lost, one crew member was hit by flying shrapnel. Reports say that the captain sped up the ship and created waves to try to overturn the pirates’ boats.

The Seabourn Spirit was eventually able to outrun the pirates and change course to avoid subsequent attacks. Although the ship sustained some damage, it was able to complete its journey and all passengers disembarked safely. It was one of the worst cruise ship disasters for the Seabourn line.

A fire onboard Carnival Splendor left 4,500 crew and passengers stranded off the coast of San Diego in 2010. The ship, which was headed for Mexico, sustained fire damaged that disabled the phone service, hot water and air conditioning. Passengers were stuck floating in the ocean for days as tugboats worked feverishly to pull the ship back to California.

A U.S. Naval aircraft carrier had to be dispatched to deliver 700,000 pounds of food and supplies to last the ship’s occupants for more than three days at sea without power. Passengers reported that the ship’s food rations ran out quickly and there was nothing to eat except canned meat on the liner. Nobody was seriously hurt or killed during this incident.

There was no fairytale happy ending to a Disney cruise that left 131 passengers and 14 crew members sick with Norovirus in 2016. One of the worst cruise ship disasters for the Disney line saw passengers experiencing projectile vomiting, diahrrhea and headaches. Hundreds were quarantined to their cabins for the duration of the cruise.

Norovirus is usually spread through fecal matter, and is transmitted on door handles, tables and railings. However, the ship has received high scores from the Centers for Disease Control, and experts believe that the virus was spread by passengers failing to use basic hygeiene practices onboard. 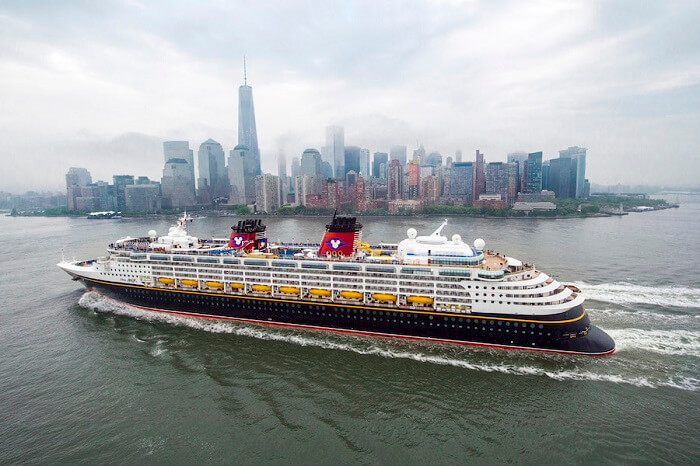 In what has been described as the worst cruise ship disasters since Titanic, 32 passengers and crew died in January, 2012 when the Costa Concordia sank off the coast of Tuscany. Captain Franchesco Schettino claimed that he attempted to sail close to the shore to give the passengers a better view of the port, while other reports state that he was attempting to impress a lover.

The ship rammed into the rocky shoreline, causing it to tilt and start sinking. Panicked crew and passengers raced for lifeboats and chaos ensued as the death toll rose. Schettino allegedly jumped into a lifeboat, leaving his passengers and crew behind to fight for their lives.

Because the ship had not yet conducted its mandatory muster drill, a safety drill that walks passengers through emergency evacation procedures, many people had no idea how to find or board lifeboats. The ship lost power in the accident, leading to overall panic onboard. The ship remained partially submerged for months before it was finally removed.

The worst cruise ship disasters pale in comparison to the sheer loss of life of the Titanic. Nearly 1,500 passengers and crew either drowned or froze to death in icy waters in April, 1912. The Titanic story is the stuff of legends, has been the subject of numerous books and a blockbuster motion picture. Only 718 of the 2,208 people onboard survived the sinking of the Titanic.

On the night of April 14, the Titanic struck an iceberg that damaged the hull on the port side of the ship. The ship was only days into her maiden voyage from Southampton to New York City. It had been touted as “unsinkable,” and set sail amongst great fanfare. It would turn out to be one of the worst cruise ship disasters in history.

The ship took on water after striking the iceberg, causing it to lose power and slowly list until ultimately breaking in half and sinking. Reports say that there were not enough lifeboats on the ship for all of the passengers. Furthermore, some lifeboats were loaded half full.

According to survivors, there was mass panic onboard, with crew trying to maintain order while conducting the evacuation.

Millions of people travel by cruise ship each year, and the vast majority return home with happy memories and smiling photos. The worst cruise ship disasters, however, have stemmed from avoidable maintenance issues, weather anomalies and human error.

From outbreaks of communicable disease to poor judgement on the part of crew, the worst cruise ship disasters create headlines and make people leery of setting sail. All is not lost for the industry, however. Today, ships all over the world are taking gleeful passengers on voyages of a lifetime.