The Ship: The Costa Concordia 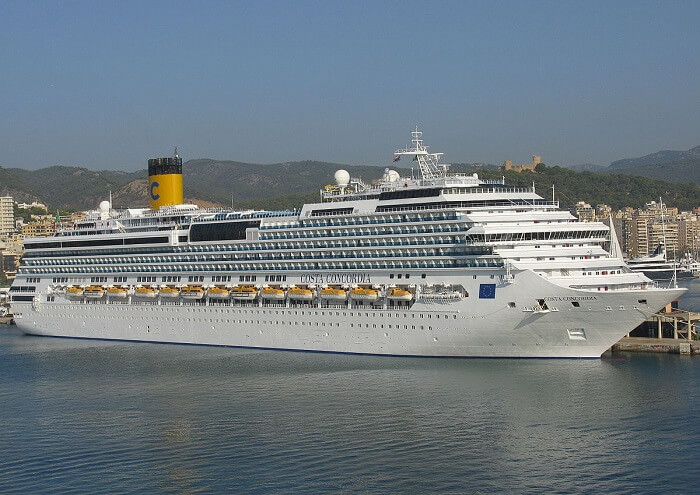 You may not know it, but Concordia isn’t just part of the name of this ship, it’s also a designation for a specific class of cruise vessel. Although Concordia denotes a class all its own, the ship’s designers also chose it as part of the name in an effort to promote the idea continued unity between European nations.

The quick popularity of the Costa Concordia resulted in several similar ships being constructed. When this small fleet served passengers, they were at the time some of the largest ever built in Italy. Builders crafted the ship in 2004. The ship was in service from the following year until its fateful demise in 2012. Since that time, only Dream-class ships have eclipsed Concordia-class vessels in size and capacity.

The ship included several amenities such as staterooms with their own balconies and access to spas. It included a Turkish bath, restaurants, bars, a cinema, an entertainment complex with multiple levels, and one of the largest exercise rooms on any cruise liner, just to name a few.

Incidents Prior to the Costa Concordia Disaster

The cruise liner suffered at least one other known, less severe accident in the years leading up to its final voyage in 2012. In 2008, the Costa Concordia damaged the bow when intense gusts of wind from Palermo pushed the ship against the area at which it was docked. Fortunately, no onboard crew suffered any injuries because of this and they made repairs shortly after. 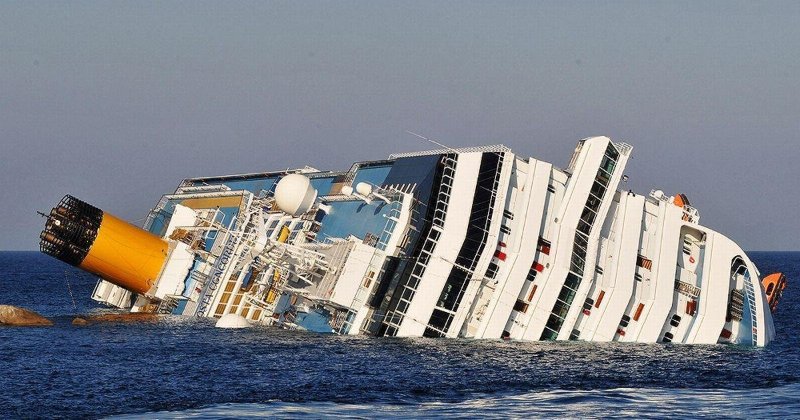 The Costa Concordia made its final voyage in January 2012. It was departing from a port in Rome and would begin a seven-night cruise thereafter. At 9:30 p.m local time, the ship encountered a submerged rock and collided with it. The impact caused a wide gash of 174 feet to appear on the port side of the ship’s hull.

This laceration in the ship’s body affected at least three compartments of the engine room itself, severing both power to the ship and its services. The Costa Concordia took on water immediately. After nearly half an hour, more strong winds pushed the vessel back to the port island from where it had departed.

As it had no power, the Costa Concordia drifted slowly back to its starting position. It became grounded near the shoreline, after which it rolled to starboard. Although about half of the ship was still above the water line, it was in immediate danger of sinking entirely.

At the time of the Costa Concordia disaster, the ship was home to over three thousand passengers and employed over one thousand crew. Of the total 4,229 persons on board, the incident took thirty-two lives.

The Situation Onboard and Contributing Factors

Thanks to the captain’s own testimony, we now know he disabled the alarm system on the navigating computers, as he wanted to sail by sight. While many experienced captains do this, it’s clear that having an electronic early warning system in place could have done much to mitigate the impending crash. Once the captain saw rough waves on the reef, he manually turned the ship sharply to avoid them.

His intervention did not come quickly enough to save the ship from disaster. This a fact for which he takes complete responsibility. He later told investigators that the cruise line managers asked him to do a “sail past salute” that went too close to the island and this was a reason for the incident. However, it was dark, and the managers rarely ask captains to do this except in daylight. They later confirmed this.

Other contributing factors on the bridge include reports that the captain left his reading glasses in his cabin that night. This begs the question of why he was navigating by sight. Several superfluous persons were also on the bridge at the time. However, it is uncertain whether this caused any disruptions in normal procedures.

Passengers on deck were mostly in the dining hall when they suddenly heard a loud banging noise. Initially, crew members reassured the guests that this noise was simply the cause of an electrical fault. Interestingly, several passengers later reported that the theme song from the film “Titanic” was playing over the speakers when the initial impact occurred.

Shortly after the collision, the ship lost all power, shook violently, and soon tilted to its port side. The crew eventually suggested that passengers don life jackets, although curiously, they also assured everyone that things were under control soon after. This misinterpretation came just a half hour before the official call to abandon the ship. 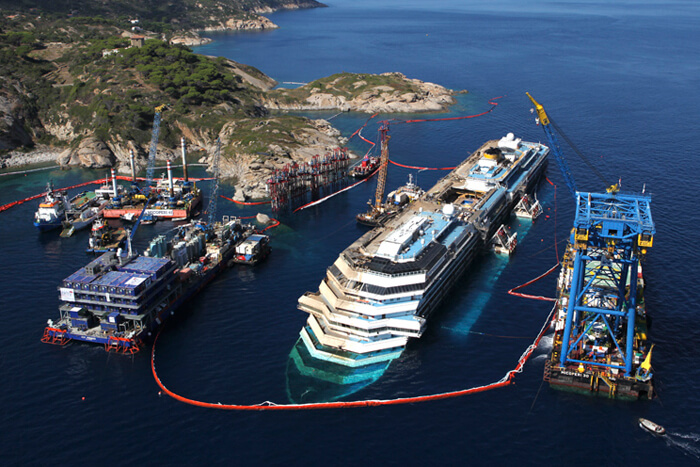 Following the Costa Concordia disaster, several crews of various specializations began salvage work. Experts initially thought at best, removal of the ship and her accompanying fuel could take ten months at least. Those same experts told the cruise line that the ship was most likely too damaged to bother with the cost of repairs.

Fuel removal operations began first, and during that time, the ship moved several inches. Crews completely removed the fuel from the ship in March of 2012, which took longer than the first predictions.

On September 17th, a crew of repairmen used parbuckling to right the ship so they could make preparations to float it to a shipyard for deconstruction. These preparations took months, and the Costa Concordia was finally ready for towing in July of 2014. The vessel undertook its final journey – to the scrapyard – on July 14th of that year.